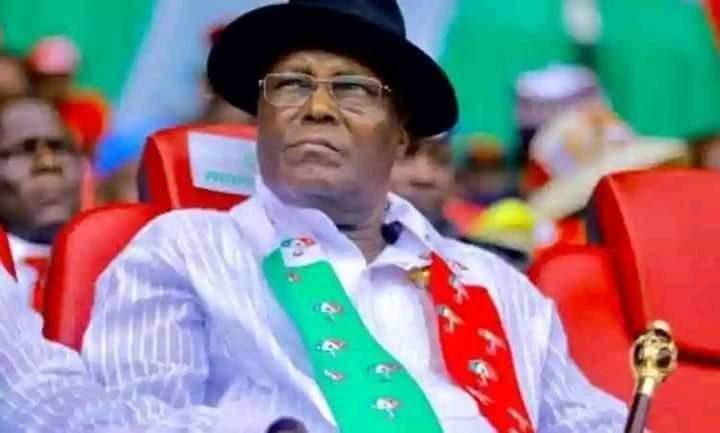 With the help of Aminu Tambuwal, Atiku Abubakar has defeated Nysom Wike to win the PDP presidential primaries. I’ve seen people exultingly proclaiming that Atiku will give APC a bloody nose in 2023. That’s misplaced optimism.

Your votes won’t count—like they didn’t in 2019—because INEC is anything but independent. It’s a dutiful, groveling poodle of APC and Buhari and has no capacity or willingness to provide a level playing field for all contestants.

I think there’s no point wasting billions to hold a presidential election whose outcome is already predetermined. INEC’s last-minute extension of the electoral timetable in response to Buhari’s instruction is all the evidence you need to know that that the 2023 election has already been decided. I hope I’m wrong.

But recall that on May 5, INEC told political parties that pleaded with it to tweak its timetable that its “deadline is firm and fixed.” It repeated this on May 10 when IPAC again requested it to extend its deadline.

If Buhari can unilaterally call the INEC chairman and direct him to loosen a “firm and fixed” deadline in order to give an unfair advantage to the APC, he’ll certainly tell INEC chairman whom to declare as “president” in 2023 irrespective of the actual outcome of the presidential election.

That was precisely what happened in the 2019 election, which Buhari lost by close to 2 million in spite of APC’s massive, in-your-face rigging in Borno, Yobe, Lagos, and Kano. As I write this, INEC has still not provided a comprehensive breakdown of the votes cast in the election like Jega’s INEC did in 2015.

They can’t because Yakubu just arbitrarily plucked figures from the air and assigned them to presidential candidates. That’s what might happen again in 2023, and the signs are already apparent.

Let’s use some of the billions that will be wasted on a pointless, predetermined coronation exercise fraudulently called a “presidential election” to settle ASUU’s demands. That way, we won’t lose twice.

But, seriously, what’s the point of “democracy” if something as basic as change of government through elections can’t be guaranteed, if the body charged with the responsibility to conduct elections can’t even perform a pretense of neutrality?

My illusions have been shattered because I’d thought that Yakubu had learned lessons from the electoral fraud he enabled in 2019, especially in light of the fact that this is his final term in office, which gives him the latitude to not be beholden to anyone– and the freedom to not have anxieties about losing his job.

At this point, I doubt there are many people who will miss this “democracy” when it is gone and replaced with something else.