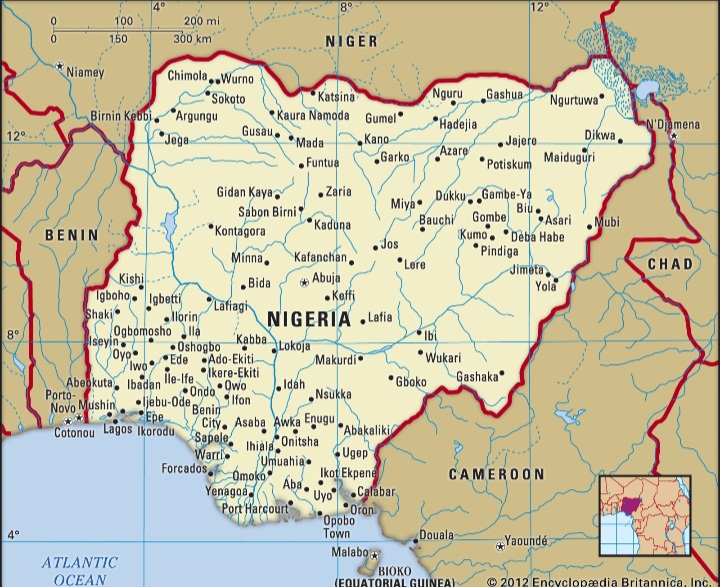 Nigeria is often referred to as the giant of Africa. This reference used to be reasonable when considered from the positioning of the country, its human and natural endowments, as well as the population. Nigeria is said to be the most populous black nation in the world.

The forefathers of the country arguably founded it on a pedestal of greatness. At the early stages of independence, the country’s economy was better than that of most Asian countries and even some European countries. At a point in the early life of the country, its currency – the naira exchanged equally with the U.S dollar.

Employment, both in public and private sectors were on the plate and waiting for undergraduates as soon as they graduated from tertiary institutions, while there are equally government agencies or multinational companies for secondary school or even STANDARD SIX Certificate holders as the case may be.

The Agricultural sector was doing very well, as the country was feeding its citizens and exporting lots of foodstuffs to the international community, thereby maintaining a strong foreign exchange. Infact Agriculture was the mainstay of the economy: The North was renowned for groundnut pyramids, the East was famous for palm oil export, while the West made waves with Cocoa export.

There were a lot of things that made Nigeria thick and truly giant or better put emerging giant of Africa, which time may not permit in this piece. The country was really doing well in its early nationhood, be it in Education, health, infrastructure, Agriculture , science and technology, sports and others. Then the tag “Giant of Africa could make some sense and citizens were hoping for better days ahead.

But today, referring to Nigeria as giant of Africa is the highest self deceit on the part of the country and highest level of mockery when it comes from other countries. The current Nigeria is everything, but a giant. It has instead become a dwarf and a duck. Nigeria has really let Africa down and may be blamed for the fact that Africa has remained the only continent which has refused to develop.

However while some African countries are still cued behind Nigeria and being mislead and let down by Nigeria, others have since overtaken it and moved ahead. Countries like South Africa, Egypt, Ghana, are few of the many African countries that have clearly leapfrog Nigeria in almost all fields of human endeavor.

While Nigeria cannot currently comfortably host a sporting event like Africa Cup of Nations (The last it hosted in 2000 was co-hosted with Ghana) and when it bided for the first World Cup hosted in African soil in 2010, it bided to co-host with about three other African countries, because it could not even think of singlehandedly hosting the world, when it is not able to host the most backward continent in the world.

Meanwhile while Nigeria’s multiple countries hosting bid could not succeed, South Africa’s single nation hosting bid succeeded. South Africa made improvements to facilities and infrastructures it had on ground and on the scheduled dates of the competition, they gave the world a successful and hitch free hosting of the World Cup.

Cause of Nigeria’s woes

The cause of the country’s woes are not farfetched. CORRUPTION in leadership is the monster that has been eating up anything good in Nigeria. As earlier said, apart from being blessed with arable land, friendly natural environment and ecosystem, devoid of natural disasters as witnessed in other countries of the world, Nigeria is blessed with abundant natural resources, Chief among them being crude oil and gas.

Also as earlier said, the wicked and demonic successive leaders of the country have managed and succeeded in turning these natural blessings of God to a course for the country.

We have seen leaders who have stolen money that even one cannot imagine any human being with human heart stealing. It is assumed, these people, possessed by the spirit of Mamon(Money) are being used by the devil to stunt the growth and development of Nigeria, thereby perpetually punishing its citizens and inhabitants.

A country whereby a one year successful stint into politics and leadership position can fetch a person the fortune which a professor may not be able to make in his lifetime, with his many years of struggle and academic achievements, means there is everything fundamentally wrong with the system.

The constitution of the country seems to give numerous rooms for leaders to be power drunk and misuse the country’s fortunes anyhow they like. There is no much provision in the country’s constitution for citizens to checkmate excesses of the government. Where such provisions are made, politicians have made nonsense of them, most times adopting divide and rule strategies to confuse, distract and mesmerize the masses, pitching them against themselves while continuing in their corrupt, self centered leadership and Mamon inspired stealing/embezzlement of common patrimony.

The mention of billions and trillions stolen by successive leaders of Nigeria at different levels will make any patriotic and well meaning Nigerian and even citizens of other countries who are passionate about Nigeria’s betterment to continually bleed in their heart for the country.

It is a truism that no country grows above its leaders. That is why Nigeria has remained at the basement of the radar, as far as economic growth is concerned.

Apart from the early stages of nationhood, Nigeria has been unfortunate with the leadership it has had afterwards. Leaders that are not learned. The money politics of the country have seen leaders with questionable characters and dubious means of making money foisted on the people.

One factor that has been detrimental to the country in the issue of leadership is ethnic and religious bias, with the associated ‘born to rule’ mentality of people o of some segments of Nigeria who are ready to go to any illegitimate level to make sure leadership is retained in their areas. A situation where what Nigerians consider in electing (rigging elections) for their preferred candidates is the ethnic background and religious affiliation of the person has seen Nigeria plagued with the highest level of mediocrity in leadership.

In conclusion, let it be restated here that any reference of Nigeria as giant of Africa is either self deceit and delusion of the highest order or mockery, depending on which angle it comes from.