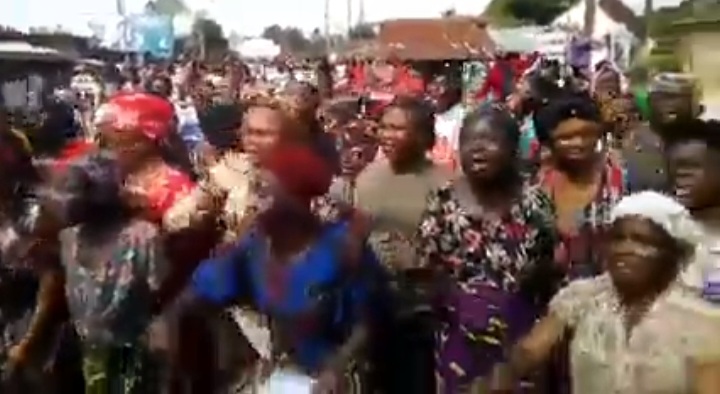 Some women of the Onicha Igboeze community, in the Onicha Local Government Area of Ebonyi, have taken to the street in protest over the alleged kidnap of the Labour Party senatorial candidate in Ebonyi South, Linus Okorie.

Recall that Mr Okorie was allegedly kidnapped on Sunday night as stated by his wife who raised the alarm but the Ebonyi State Command revealed on Monday that he was arrested and not kidnapped over drug trafficking.

The Onicha women in the viral video disclosed that Mr Okorie must be released with immediate effect.

Governor David Umahi is the candidate of the ruling All Progressive Congress, APC, for Ebonyi South and the opponent of Mr Okorie.