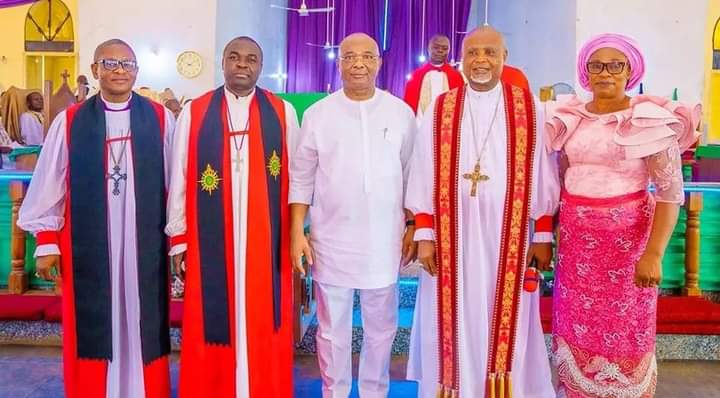 Imo State Governor, Senator Hope Uzodimma has assured the people of the state that with the relative peace in the state currently, which guarantees a peaceful operating environment, his government will do more for the betterment of the state.

Governor Uzodimma gave this assurance in his address during the grand finale of the 2022 Synod of Isi Mbano Diocese of the Anglican Communion on Sunday, during which some outstanding mothers of the Diocese, including the Commissioner for Local Government and Chieftaincy Affairs, Hon. Ruby Emele, bagged the award of Golden Mothers.

He asserted that government and the church are partners, as the real essence of the church is complimentary to the cardinal objective of government.

Governor Uzodimma promised that his government will continue to support the church, even as he made a donation of ten million naira (N10m) in support of the Synod and undisclosed amount in appreciation of the oratory prowess of the Bishop who delivered the homily, for his spirit filled ministration.

Earlier in his homily, Bishop Godson Ukanwa of Diocese based his ministration on triumph after trials, saying that every story of triumph is always preceded by a story of trial, as according to him God’s will is that we might suffer a while before we are settled, adding that weeping may endure for a night, but joy cometh in the morning.

“The trials we face is passage to our testimony. The obstacle is passage to our miracle. Any journey that commences with trial must end with triumph. Christianity does not connote a trial free existence, it only guarantees a triumphant life”. The Bishop enthused.