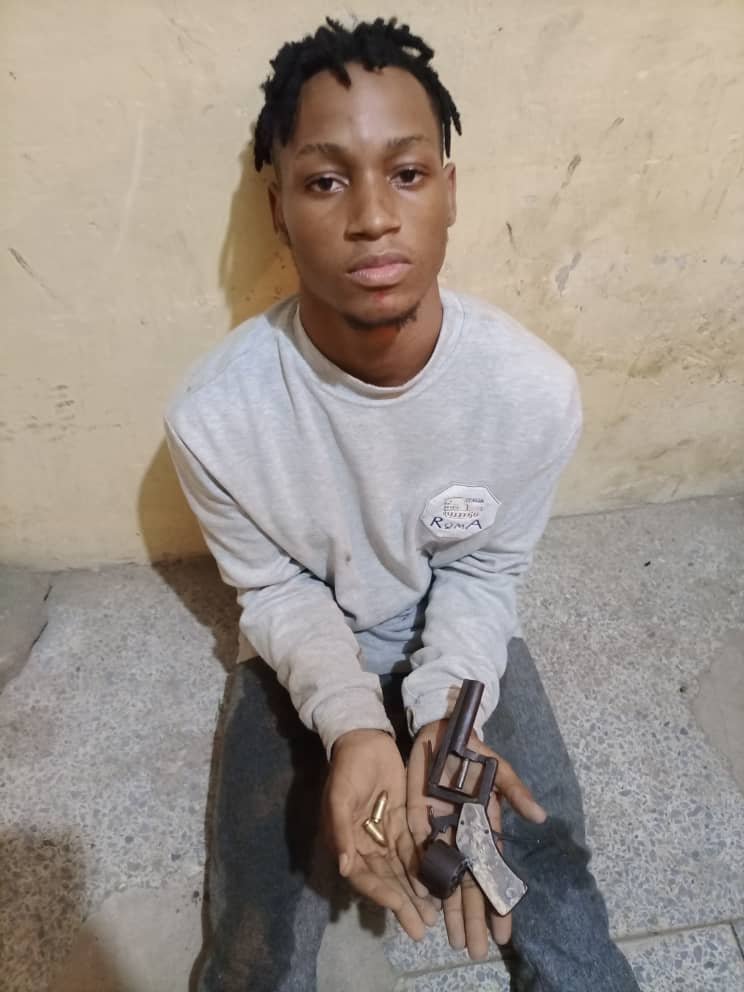 Chimaobi, a student of Mechanical Engineering, Imo State University, was arrested on the 9th of May 2021 by the officers while on crime prevention and intensive patrol.

According to the Police Public Relation Officer, SP Ikeokwu Godson Orlando, a physical search on him produced a locally made pistol and two live ammunition.

“He confessed to be the owner, stating that he is using it for his personal protection,” SP Ikeokwu said.

Meanwhile, the investigation is ongoing.