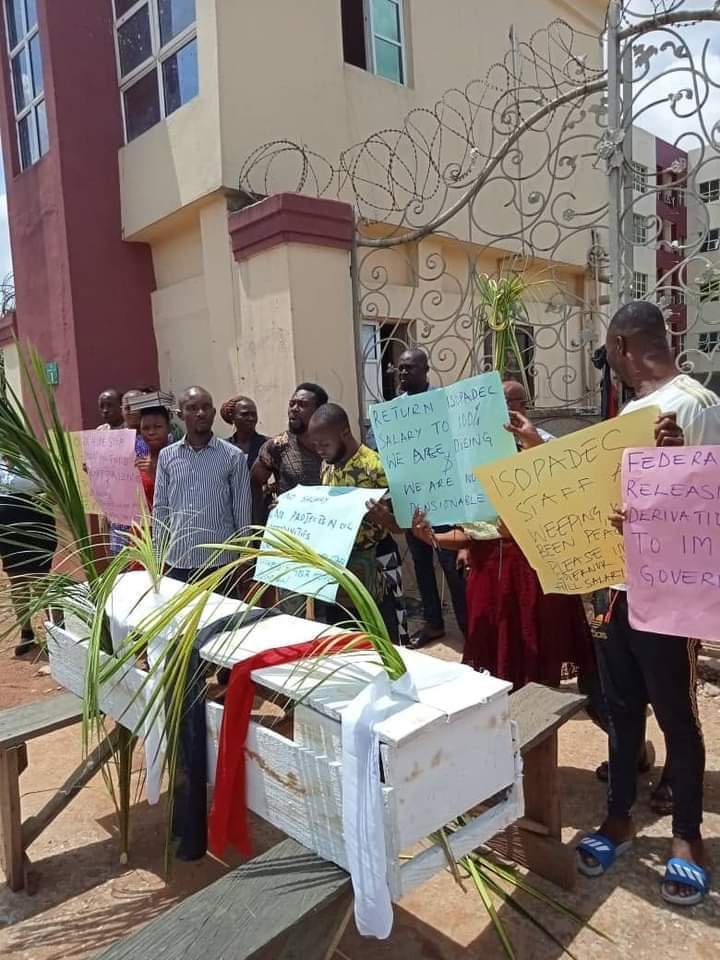 The staff of Imo State Oil Producing Areas Development Commission (ISOPADEC) have defied the Governor, Hope Uzodinma and staged a protest with a casket.

It was gathered that despite the warning of no protest in the State by the Governor, the staff protested on Tuesday over unpaid salaries and an 80% slash in their salaries.

Using the casket to block the road, the enraged staff stated that no amount of intimidation would stop them from demanding a complete payment of their salaries.