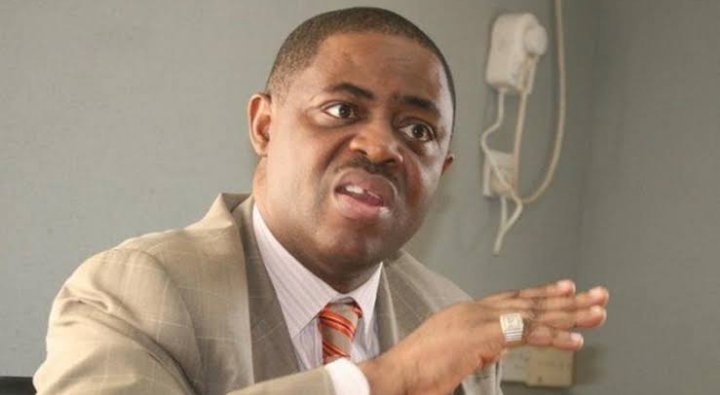 In 1842, Thomas Babington Macauly wrote my favourite poem titled ‘Horatius at the Gate’ and made a point that we can all learn from in Nigeria today. He wrote: “Then out spake brave Horatius, The Captain of the Gate:

“To every man upon this earth

And how can man die better

For the ashes of his fathers,

And the temples of his gods,

“And for the tender mother

Who dandled him to rest,

And for the wife who nurses

His baby at her breast,

And for the holy maidens

Who feed the eternal flame,

To save them from false Sextus

That wrought the deed of shame?

“Haul down the bridge, Sir Consul,

With all the speed ye may;

I, with two more to help me,

Will hold the foe in play.

In yon strait path a thousand

May well be stopped by three.

Now who will stand on either hand,

And keep the bridge with me?”

A Ramnian proud was he:

“Lo, I will stand at thy right hand,

And keep the bridge with thee.”

And out spake strong Herminius;

Of Titian blood was he:

“I will abide on thy left side,

And keep the bridge with thee.”

And straight against that great array

Forth went the dauntless Three.

For Romans in Rome’s quarrel

Spared neither land nor gold,

Nor son nor wife, nor limb nor life,

In the brave days of old”.

(HORATIUS AT THE BRIDGE, LAYS OF ANCIENT ROME by Thomas Babington Macauly, 1842)

Macauly’s prose is beautiful and instructive. It is very long and I have just quoted a tiny portion of it above.

We, as Nigerians, must-read his words carefully, learn from brave Horatius, the greatest of all Romans, and be inspired and guided by his courage and strength.

We must be proud of who and what we are and we must be ready to stand for something, even at the cost of our lives.

Some, who I love and respect, have said they have seen what is coming to our country and that we must have a plan B.

I have seen what is coming to our country as well and I have been saying so for the last few months and years. However for me there is NO plan B.

We may evacuate our women and children but for those of us that are men I say again there is and can be NO plan B.

When and if the battle finally comes we stay here and either FIGHT and WIN or FIGHT and DIE. We are Nigerians! We are lions! We do not run from the battle. We do not buckle before the enemy. We are not cowards. We are warriors. We are fighters.

We are men and women of strength and faith. We do not flinch in the face of danger. We do not run for our lives when the enemy is at our gate. We go out and meet them head on in glory and in power.

Boko Haram or any other terrorist organisation will NEVER fly its flag over Abuja and neither will they ever take Lagos, Port Harcourt, Enugu, Kaduna, Jos, Ibadan, Sokoto, Awka, Maiduguri or any of our other major cities.

They think they are dividing us but they are actually bringing us closer together. We are not Malians, Chadians, Nigeriens, Taurags, Berbers or Arabs: we are NIGERIANS! And we will stand and fight for our motherland against these strange aliens and foreign invaders and their western backers.

Our God is mighty and He will NEVER abandon us. We will fight to the last man to preserve our nation and deliver her from the hands of these foreign barbarians that have come from a distant land to destroy us all and take our women, children, treasure and land.

May God have mercy on our nation and our people and may He cause us to fight a good fight!

Let me conclude with this. Some are saying that the fight is and must be between ourselves and not between us and those foreigners from outside our shores that have invaded our land. How wrong they are.

Some of us are planning on how to kill our brothers and compatriots whilst the stranger from a distant land that hates us all is hiding in the forests, mountains and plains of our country and is preparing to slaughter us all to the last man, woman and child. This is short-sighted and absurd.

There is no doubt that are major differences between us as a people which still need to be resolved. That battle still needs to be fought and that mountain still needs to be removed. I, more than anyone else, is aware of this and have spoken about these differences, injustices and inequalities over the last five years.

And be rest assured that that mountain will be removed, that valley will be levelled, that fight will be fought and that injustice will be set aside but NOT today.

Today we MUST come together as one to face down and fight the foreign foe and their relentless sponsors in the international community who have come to wipe us all off the face of the earth, turn our nation into a cauldron of fire and turn our women and children into chattel and slaves.

They may indeed have all that but they do NOT have Almighty God who is just and merciful and perfect in all His ways.

They do not have God the Great or the  Living God who is mighty in battle and who cannot be resisted. They do not have the Ancient of Days or the Lord of Hosts who created and controls the universe.

They do not have the Elohim or the El Shaddai who forges the destiny of nations, who wields all power in heaven and on earth and who rules in the affairs of men.

They do not have the Adonai or the Lion of the Tribe of Judah who created the sun, the moon and stars and who established the firmament before the creation of time.

They do not have the Man of War or the God of Abraham, Isaac, David and Jacob who is with us and who is our strong defender.

Glory, honour and praise be unto the name of our God who who has given us this great opportunity and herculean task to defend the honour of our nation and our people and bring them to a safer place.

We will never make peace with a savage and barbaric alien breed that feed fat on carnage and terror and that are committed to the mass murder, ethnic cleansing and genocide of our people and neither shall we bend the knee or bow, tremble and flee before them.

Victory is ours because our cause is righteous, our people are noble, our warriors are strong and our God is faithful!