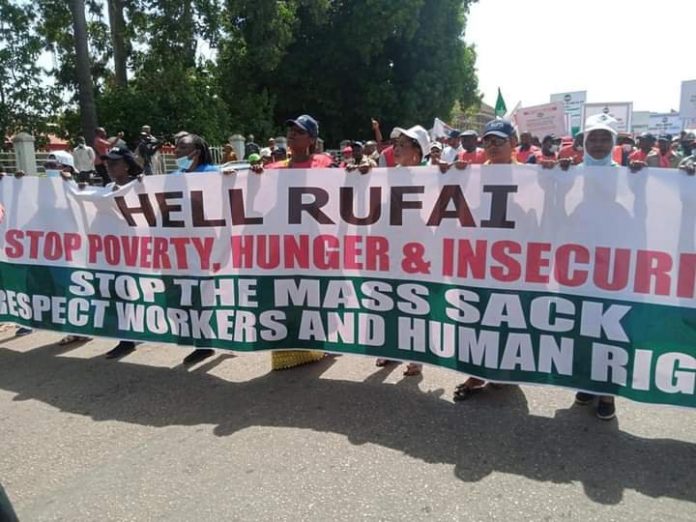 There’s an ongoing mass protest in Kaduna State by the Nigerian Labour Congress over the mass sack of civil servants in the State.

There has not been any electricity or water since the strike action was initiated.