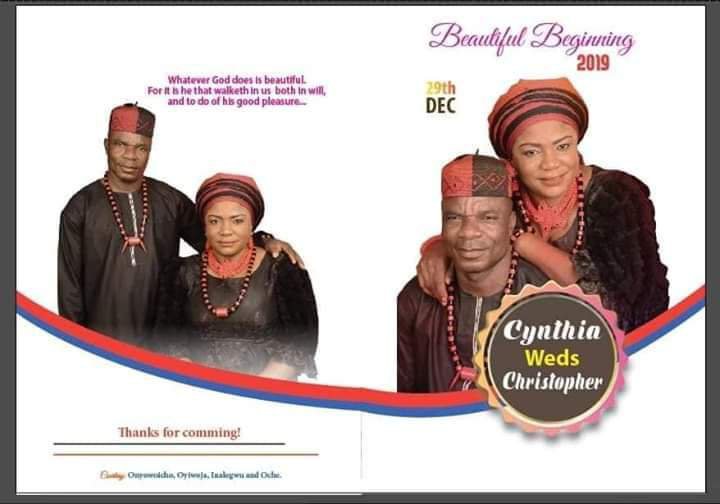 The corpse of officer a Nigerian Security and Civil Defence Corps (NSCDC) officer who went missing 18 months ago has been discovered in a shallow grave in Obi Local Government Area of Benue State.

The deceased, Josephine Cynthia Inalegwu Onche, who was serving at an NSCDC post in the Otukpo area of the state, was declared missing a few days to her wedding to fiance, Christopher in December 2019.

She was said to have gone to the market to buy some items in preparation for her wedding but never made it back home.

It was gathered that her body was exhumed from a shallow grave in a neighbouring local government to Otukpo last week.

According to one of the deceased’s colleagues, all efforts to locate her proved abortive until a commercial motorcyclist disclosed where she was buried.

The cyclist was said to have told the family of the deceased that their daughter was allegedly killed and buried by her husband-to-be for ritual purposes.

The cyclist led the family and security operatives to arrest the groom who in turn led the police to Ogun State where they arrested the native doctor alleged to have performed the ritual at Obi LGA before his relocation to a south west state.

The suspect and the native doctor had been allegedly arrested by the police. Meanwhile, late Josephine was laid to rest on Tuesday, June 1st, 2021, at Otukpo-Icho, in Otukpo.