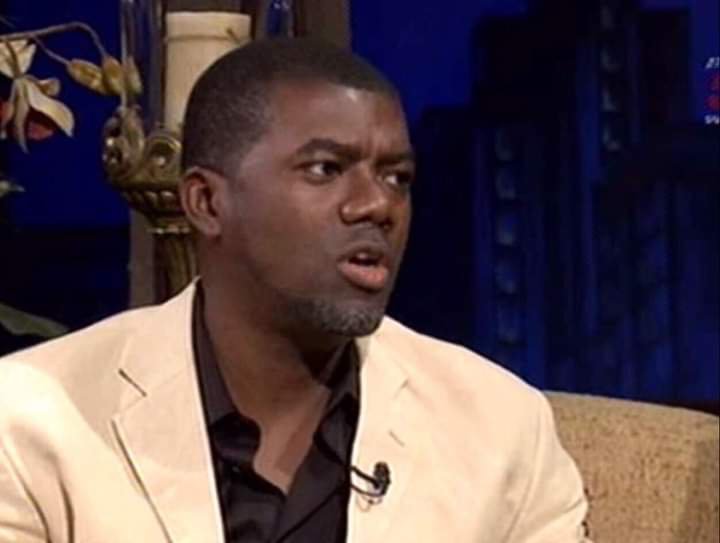 Reno Omokri, the former aide to President Goodluck Jonathan has defended the proposed new name for Nigeria, the United African Republic stating that it was far better than the name it has now.

The name United African Republic was proposed by a tax consultant Adeleye Jokotoye to the National Assembly on Constitution review on the 3rd of June, 2021 arguing that Nigeria needed a new beginning and also stated that the name Nigeria was not coined by a Nigerian rather by Flora Shaw, wife of Lord Lugard the colonialist.

Omokri argued that the name Niger Area as posited by Flora Shaw is a derogatory name for Black in Latin while stating that Nigeria has refused to upgrade from where the British left us and it’s now a colonial time capsule.

United African Republic Is 1000 Times Better Than the Name Nigeria

When the name United African Republic was mooted in the House of Representatives, many Nigerians looked down their noses at the proposed new name for the Federal Republic of Nigeria.

They scoffed at the name and called it useless, silly, and some other adjectives I cannot use here lest I be banned by Facebook.

As I read the many reactions, I felt sorry for my country. Truly, ignorance is bliss.

However bad the name United African Republic may be, it is 1000% better than the name Nigeria.

Nigerians, like many sub-Saharan African people, are too blissfully unaware of their own recent history. And even when you try to open their eyes to their history, our people will reject it if it does not present their ancestors in the best light. But history is not always pleasant.

Where does the name Nigeria come from? The name Nigeria was coined in 1897 by an English journalist named Flora Shaw, in an article she wrote for the Times of London.

Now, who was Flora Shaw? She was a close friend (and suspected paramour) of Cecil Rhodes, a remarkable racist and one of the most oppressive human beings that ever lived. It is pertinent to state that Cecil Rhode’s statue was torn down at Oxford University in 2920, due to his racist ideas and oppressive history.

The nation of Zimbabwe was named after him for the first 80 years of its existence (it was called Rhodesia). This was a man who did not believe in Black majority rule EVER. And the discovery of some of his more racist statements led to the Rhodes Must Fall movement, which resulted in South African universities tearing down his statues in 2015.

He was Flora Shaw’s mentor, and she named our country Nigeria. Flora Shaw later married a protégé of Cecil Rhodes, named Frederick Lugard (who was created a Baron and became Lord Lugard in 1928), who was sent to Nigeria in 1912, to amalgamate the country for the sole purpose of easing British colonial rule. He accomplished that task on January 1, 1914.

Flora Shaw spoke Latin, and she posited that the name Nigeria meant Niger Area. And she is right. But what does the word Niger mean?

The word Niger is the Latin word for Black. That is the origin of the derogatory N word.

In the Roman world, Black people were called Niger. So for instance, Acts 13:1 in the King James Version reads:

“Now there were in the church that was at Antioch certain prophets and teachers; as Barnabas, and SIMEON THAT WAS CALLED NIGER, and Lucius of Cyrene, and Manaen, which had been brought up with Herod the tetrarch, and Saul.”

That Simeon was a Black man. You can research it. He is always depicted as Black, because though the New Testament was written in Greek, the King James Version was itself translated from the Latin Vulgate, which rendered the word Black as Niger.

Now, I ask you, between a country named after the N word, and the name United African Republic, which is worse?

You are probably thinking that I am making this up. I am not. Research it. To know how lowly our colonial masters thought of us, you need to study the history of the Nigerian Army.

The Nigerian Army was founded in 1863 by Lieutenant John Hawley Glover and was known as the Hausa Constabulary. It was not formed to protect the people who lived in the area now known as Nigeria, or their territorial integrity. It was formed strictly for the purpose of providing security for the Royal Niger Company.

Lieutenant John Hawley Glover used to drill his troops with the words ‘apes obey’ to which they responded ‘hey’. The Hausa Constables could not pronounce apes obey, and mispronounced it as heshobe.

Till this very day, that ‘heshobe hey’ is still used by the Nigerian Army when drilling officers and men. What kind of people are we?

Nigeria is a colonial time capsule. We refused to upgrade from where the British colonialist left us. If anything we have even downgraded.

The British named Ghana Gold Coast. However, as soon as she gained independence, Kwame Nkrumah changed that colonial name to Ghana in 1957.

So, why are we still stuck with the name Nigeria?

Take the name Port Harcourt. That city has a native name. Why have we not reverted back to it? Port Harcourt was named by Frederick Lugard (he was not yet a Lord then) in 1912, after his boss, Viscount Harcourt, who was Secretary of State for the Colonies in the British government.

This man has been censured in his own country, because he was investigated and established to be a pedophile. He had been accused of sexual molestation by a young boy named Edward James, and while the investigation was ongoing, he took an overdose of sleeping tablets and died in his sleep.

This is the man we honour each time we refer to that city as Port Harcourt. What is wrong with us as a people?

And the thing is that Lugard did not name the city Port Harcourt. He only named the port that his administration built by that name. It is a misconception that has been accepted as the reality.

I have previously written that the town called Escravos in Delta state should be reverted back to its native name. The word Escravos is Portuguese for Slave. While the word Forcados (another town in Delta state) means forced labourer.

Even when we call our children pikin, we are using a derogatory word that White slave owners used for Black babies and children (pikin is short for Pickaninny, Google the meaning).

What is in a name? A lot. A lot. Remember, God Himself had to change Abraham’s name from Abram-Genesis 17:5. He changed Jacob’s name to Israel-Genesis 32:28.

God did this because their previous names did not match the destiny He planned for them.

We also need to change Nigeria’s name because it does not match the destiny we planned for ourselves-Good People, Great Nation!