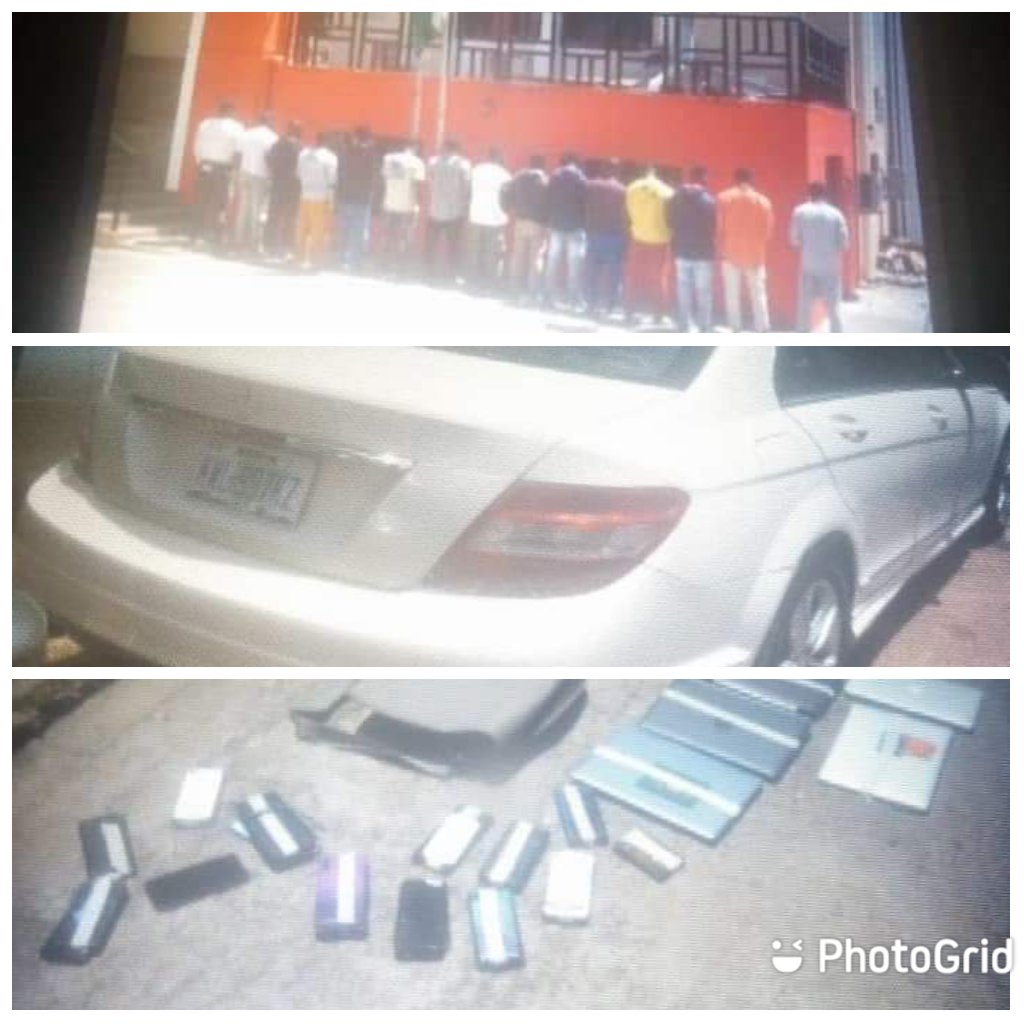 The suspects were apprehended within Brick City and Kagini in the Kubwa axis of Abuja, Federal Capital Territory, on Thursday, August 19, 2021, following credible intelligence on their alleged involvement in a cyber-related scam.

Items recovered from the suspects include two cars, five laptops and 13 mobile phones.

The suspects will be charged to court as soon as investigations are concluded.