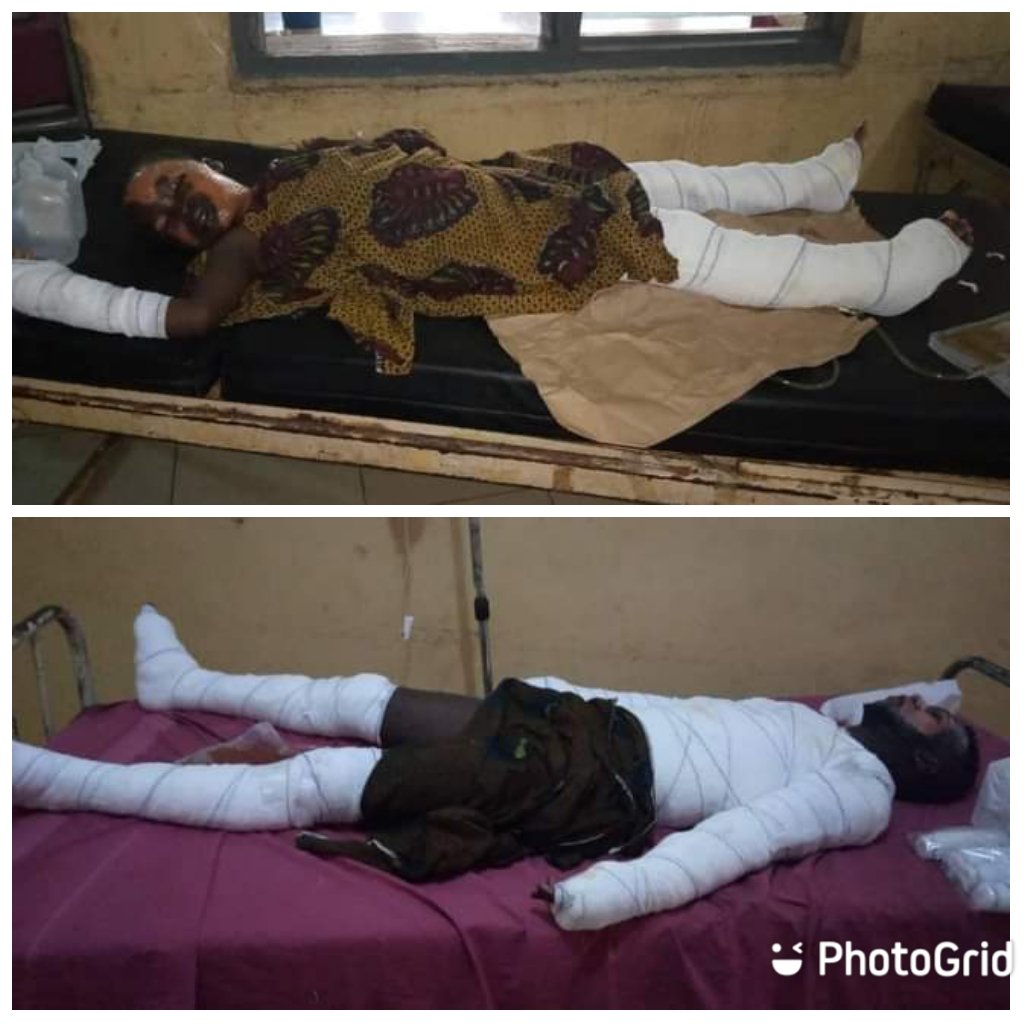 A family of four including a two-year-old boy is lying critically ill at the National Orthopaedic Hospital, Enugu after they were referred there by the Federal Medical Centre because of the severity of the burns which occurred as a result of an explosion from the family’s cooking gas last Wednesday.

The affected family members which included the father, Mr Davidson Ibeabuchi, the wife and their two children, Success (6) and Melody (2), hail from Olokoro in Umuahua South LGA of Abia State but live at 72, Old Timber Road, Ohobo Okwulaga Afaraukwu, Umuahia.

When our reporter visited the family at the Federal Medical Centre, Umuahia, where they received some medical attention before they were referred to NOH Enugu, the four victims were seen bandaged all over writhing in severe pains with Melody, the two year old boy, crying and calling “Daddy, Daddy, Daddy…” with a weak and shrill voice that breaks the heart.

Sadly, the family is under the threat of being abandoned and their treatment discontinued because of lack of finance to foot both their anticipated and already accumulated bill.

They are therefore calling on the government of Abia State, government officials and other public spirited individuals to come to their aid with financial assistance to enable them continue their treatment.

The account details for assistance is published as follows: