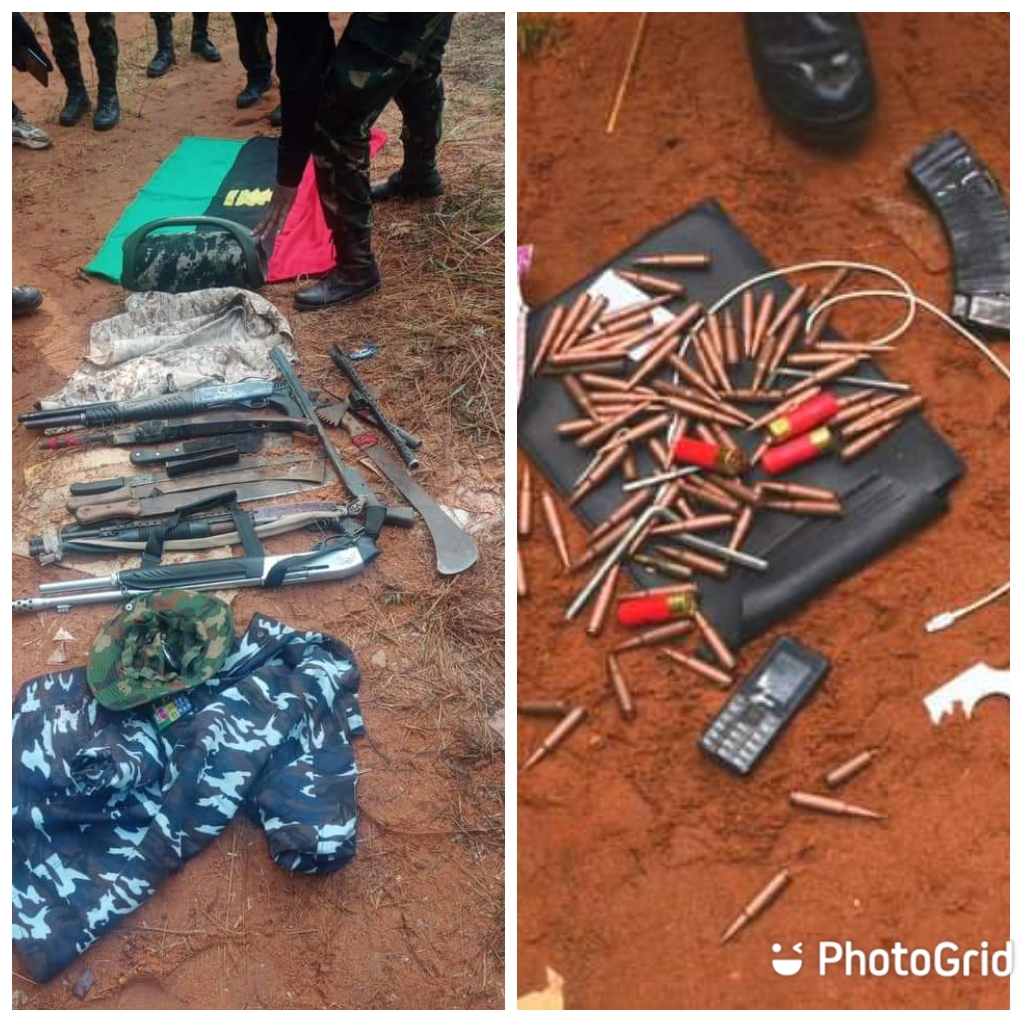 Troops of the Nigerian Army(NA) in a joint operations conducted with other security agencies have dislodged a notorious stronghold of the proscribed Indigenous People of Biafra ( IPOB) and its armed affiliate, Eastern Security Network (ESN) at Lilu Forest in Ihiala Local Government Area of Anambra State. Lilu is a border town between Imo and Anambra States, which was hitherto known to be used as an operational base of the dissidents.

The operations, which was conducted in the early hours of Monday 17 January 2022, led to the neutralization of some gunmen in a fire fight that ensued.

The operation was jointly conducted by troops of 82 Division, Nigerian Navy, 211 Quick Response Group of the Nigerian Air Force, Department of State Services and the Nigeria Police. It was a well coordinated dawn attack on the fortress, where plans were been perfected to violently enforce the illegitimate sit-at-home declaration by the irredentist groups.