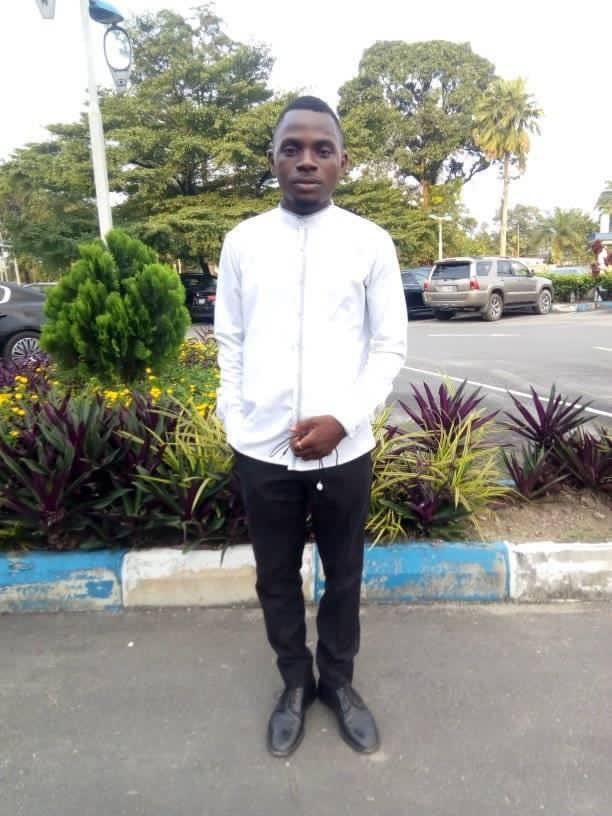 A 21-year-old boy has escaped with the aid of his mother after allegedly raping a 10-year-old boy in Port Harcourt Rivers State.

The sister of the victim with the handle @pinkypearl09 who shared the incident on social media disclosed that the suspect raped the boy twice and threatened him.

Luck, however, ran out from him when a third person saw him and reported to the victim’s mother. The mother immediately reported to the Mile One police station in Port Harcourt but the boy was granted bail 24 hours later.

When the family of the victim demanded justice, the IPO stated that the victim enjoyed the act and demanded money to rearrest the suspect but instead aided his mother to take him out of Port Harcourt to Cross River State.

“Nigerians please I need ur help to get justice for my 10 years old younger brother
my younger brother 10 years old was raped by a 21years old boy in my compound in port Harcourt, He has raped him twice, the first one he threatened my brother, the second one a boy saw him doing it and reported to my mom, my mom then asked my brother that was when opened up and told her everything and that he was scared. We reported the case to the nearest police station they arrested the boy and after 24 hours they released him saying that they can’t hold him for more than 24 hours, we told them to transfer the case to state CID but they didn’t because the boy’s mother was going to bribe the IP.

The trauma my family has been going through for the past month. We Just want Justice
This is the boy that has done this evil against my two younger siblings, that’s his mother that is bribing police and has run with the boy to CROSS RIVERS STATE
Since this matter started we have been paying from one thing to the other, the police are just covering up the boy. My mom told me that the IPO told her that ‘why is she lamenting, that after my brother was enjoying the thing ‘.This is what a policewoman is telling a mother whose child was raped. how can a 10-year-old child enjoy being raped, how can a 10years old child enjoy being raped by a boy?

My mom told me today that the IPO told her to go and tell the suspect father to come to the station after she has helped them run with the suspect
My mom then wrote a petition to the commissioner and then she went to PH State CID to report the case, they told her to bring money for them to start the case, she paid money for the registration of the case and opening file then they asked her to bring money for mobilization so they will start.

I don’t know what else to do that’s why I’m coming to Twitter to see if I can get Justice
I have the medical report from the hospital they took my brother.
Nigerians please help my younger brother get Justice”

The family of the victim reported the case to the State CID but the Mile One police station refused to transfer the case.

Last week we called her to know how it was going she said they told her they have sent a signal but they are waiting for a response, today I called her she said the previous police station called her and she went there, and the IPO told her to pay 1k for them to type a letter, she did pay the money. Then the IPO told her that she should let her know when she sees the suspect (IPO and the boy’s mother has planned and the mother ran away with the boy to Cross Rivers State).
The mother of the rapist has run away with her son with the help of the IPO in mile one police station (port Harcourt)…
My brother needs this to help him stand strong and recover from this trauma 
My mom said she went to report the IPO to the DCO and they are saying they’ll take the boy’s father but my mom has to pay for transport since she’s the complainant. The boy that raped my brother also admitted to the crime when he was arrested first, his statement is in the police station too. I have my brother’s medical report from the hospital they took him to.

The boy that saw him raping my brother can always come out to testify (this boy is also in danger because my mom told me the woman has started maltreating him).”

Meanwhile, the PRO of the Nigeria Police Force Prince Olumuyiwa Adejobi was contacted, he revealed that the Rivers State Police was on top of the situation.

So far, the father of the suspect has been arrested while the suspect is still on the run with his mother.

“Goodnews my Twitter family, my dad just called me that the father of the suspect has been arrested by the DCO of mile one police station and will be transferred to state CID. Justice is close, I won’t stop fighting until we get Justice
We will still get to the suspect, the boy that raped my brother at least we have his father in police custody.”