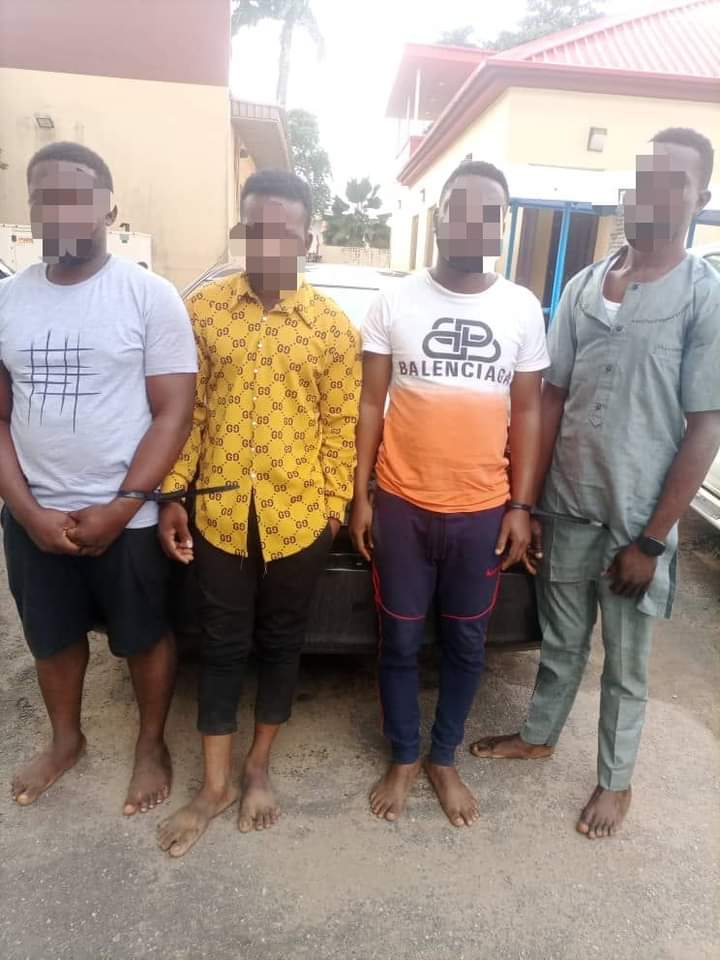 A 21-year-old boy, Temple Samuel, has been arrested by the officers of Rapid Response Squad (RRS) while networking to sell his boss ES 330 Lexus car in Lagos State.

Temple who disclosed that he planned to use the proceeds of the sale to seek greener pastures overseas was arrested at 8 am on Sunday in Ogba.

It was gathered that he stole the vehicle in Egbeda around midnight on Saturday.

He was arrested in the company of three other suspects who participated in the plan to sell the car.

Apart from the vehicle, Temple stole one iPhone X and one iPhone 13 and subsequently transferred N75,000: 00 from his boss’s bank account.

Arrested at the point of negotiating the sale of the Lexus ES 330 car with him were: Benjamin Bassey (32), Chukwuemeka Okorie (29) and Joshua Agboche (37).

Temple, who was working in his boss’s car wash disclosed in his statement to the police that he started nursing the idea of using the proceeds from the sale of his boss’s car to travel abroad several weeks ago.

He stated that he moved the car from Egbeda between 12midnightt on Saturday while his boss was sleeping at his friend, Bassey’s residence in Ikeja.

He added that they were in Ogba around 8:00 a.m. on Sunday to link up with the buyers when officers of the RRS rounded them up.

Speaking on the development, the Commissioner of Police, CP Abiodun Alabi, has directed that the case be transferred to the State CID, Panti for further investigations and prosecution.