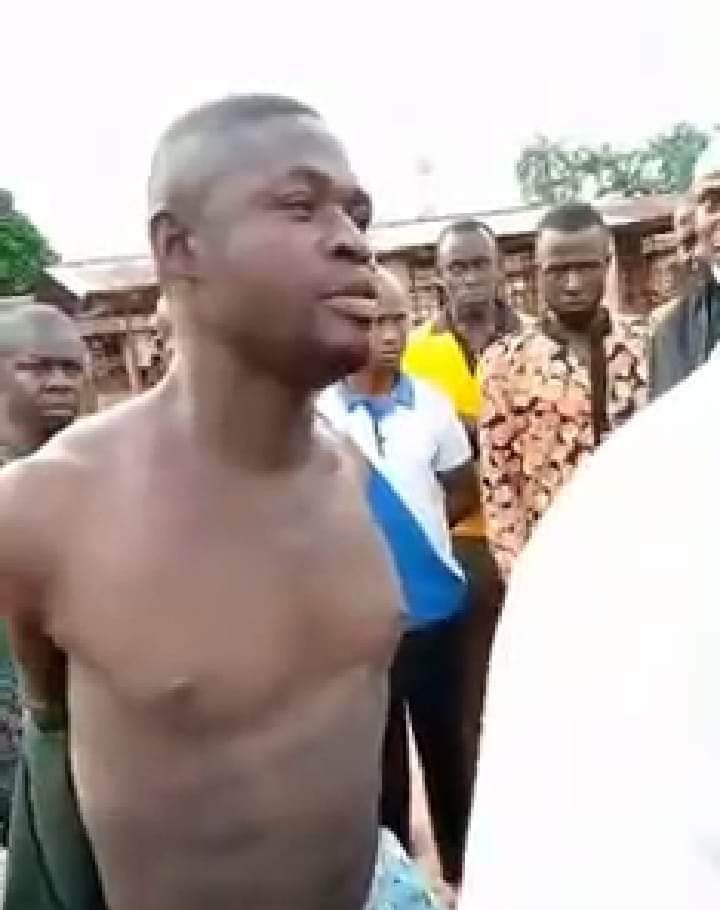 Two kidnappers terrorising Umunneochi areas and the Enugu-Okigwe-Port Harcourt expressway have been caught by youths of Umuaku in collaboration with the Vigilante in Umuaku Isuochi in Umunneochi Local Government Area of Abia State.

The kidnappers were caught on Tuesday morning within the boundary between Umuhu and Mbezi Mbala Isuochi.

It was gathered that the kidnappers who hail from Abakiliki in Ebonyi State were led by the indigene of the Umuaku Community, and were among the criminals constituting a nuisance around the axis.

Meanwhile, the Governor of Abia State Dr Okezie Ikpeazu has taken several security measures to tackle the incessant killings and kidnapping around the area.

He directed the speed up of security along Ihube to Isuochi road and tasked the Commissioner of Police Abia State Janet Agbede to mount up additional security checkpoints in the axis while restricting cows’ and herders’ movement along the area.