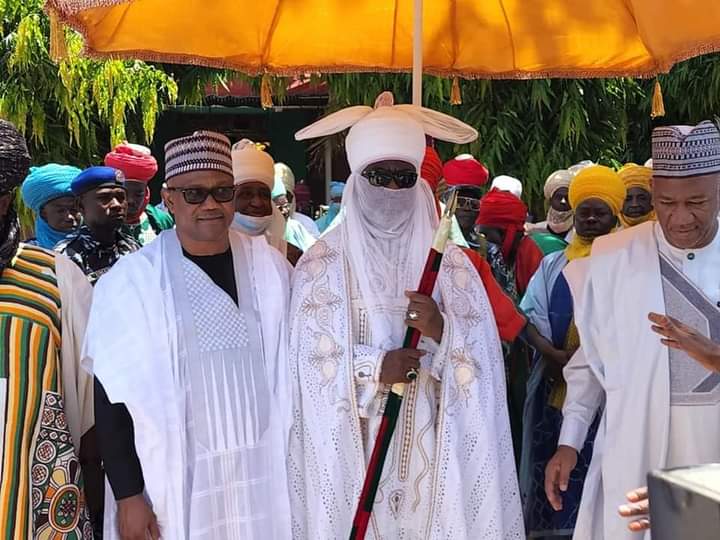 Several weeks ago, my 80-year-old paternal uncle, who is a community leader, called me to ask whom between Atiku Abubakar and Bola Tinubu he should vote and canvass support for. That was a strange request considering that in 2019 he resisted my entreaty to him to not vote or campaign for Buhari because of the danger that a Buhari second term would pose for Nigeria.

He apparently sensed that I was hesitant to make any recommendations because the last time I did he balked. He was a true believer in Buhari even when overwhelming evidence had shown that Buhari wasn’t whom he had claimed to be. In response to my hesitation, he said he was asking because all I had told him about Buhari had materialized.

If I was right about Buhari, I might be right about the next president, he said. I don’t think that is accurate. I have no crystal ball to gaze at the future. I only predicted Buhari’s ongoing presidential disaster based on what was already happening, which his supporters like my uncle wore blinders over.

Anyway, I asked my uncle why he limited his choices to Tinubu and Atiku. He said it was because they were the only serious contenders in the race and that he had a hard time choosing between them.

I asked if he had heard of Peter Obi. He hadn’t. Not even remotely. And my uncle isn’t some uneducated, rural bumpkin. Although he lives in the countryside in retirement, he is a UK-trained medical professional who is politically active. At his request, I told him about Obi and said Obi’s name gets mentioned along with Tinubu and Atiku in urban Nigeria.

Like a typical Muslim northern Nigerian, he couldn’t get past the anxieties about an Igbo president throwing Nigeria into turmoil by using the instruments of federal power to declare Biafra, particularly in light of the recrudescence of Biafra movements and the mainstreaming of neo-Biafra sentiments in the Southeast.

I politely told him that he had his anxieties mixed up. The resurgence of Biafra movements and neo-Biafra sentiments in Igboland is the consequence of the feelings of exclusion from the center among the Igbo people. Electing an Igbo person as president would eliminate Biafranism—or push it to the fringes.

Given the wide geographic spread of Igbo people in Nigeria, I said, it isn’t reasonable to say that they don’t want to be in Nigeria. An insular, inward-looking people who resent the diversity of Nigeria and want to recoil into their own geo-cultural enclave would live only in their region.

Our conversation ended without any recommendations from me. Fast forward to last weekend. My uncle called to say he won’t only vote for Peter Obi but would campaign for him in the community. He said my siblings and cousins, whom he said had been influenced by my writing to become Obi supporters, had convinced him that Peter Obi was the candidate to support in the 2023 election.

(To be perfectly honest, I had not the remotest idea that my writing promotes the candidacy of Peter Obi because not a few Obi supporters have insulted me in the past over what I wrote about him. Although I’ve publicly stated my preference for an Igbo president in 2023 because I’m convinced that it’s the surest guarantee for Nigeria’s continuity as a united nation, I am entirely non-partisan in this election cycle.)

I’m bringing my uncle’s story because it exemplifies a trend I’ve been observing in the last few weeks. Although there is still a lot of indifference to—and, in some cases, resentment at—Peter Obi in the Muslim north, I am sensing a progressive acceptance of his candidacy.

Another person I spoke with from Kano who says he is now warming up to Obi told me several people he knows and interacts with in the Northwest are giving Obi a chance both because of the growing intensity of the hurt Buhari has inflicted on people in the region and the fact that the alternatives to Obi seem like Buhari.

Tinubu’s health scares, frequent medical trips to London, and struggles with communicating with the public are disturbingly redolent of Buhari. And although Atiku seems healthy and is evidently the most prepared presidential candidate, he is Buhari’s contemporary. So, his age counts against him, not to mention 2023 is the year for a southern president—as 2015 and 2019 were for a northern president.

I don’t think the easing of the apathy— and hostility— to Obi in the Muslim North will be sufficient to cause him to win the plurality of votes there, but it may get him surprisingly higher votes than most people are inclined to expect. Of course, in electoral politics predictions often have no more than a one-week validity, and this is particularly true of the 2023 presidential election.

To win a presidential election, a candidate needs to win at least four of these blocs. No candidate, for now, dominates in four voting blocs.

Bola Tinubu appears to be dominant in the Southwest, although I sense that his health challenges are chipping away at his advantage there. Many people in the region who genuinely want him to be president have worries that he may die in office and allow the North to take over power again. Well, some northern Muslims had said that of Buhari (based on what happened to Umar Musa Yar’adua), and the man seems to be on the mend and looking way healthier than he has ever been.

Atiku Abubakar seems to be the favorite among Muslims in the Northeast (except in Borno and Yobe) with a potential to expand his reach to other parts of the Muslim North. His problem is that because he has always been liberal, cosmopolitan, and not delimited by religion, he doesn’t excite northern Muslims who define their identities in religious terms.

It’s precisely why he used to be more popular in the South (and in the Christian North) than in the Muslim North. But Peter Obi has stolen his thunder in his erstwhile electoral base, and this was the basis of a joke I saw on social media that says Atiku has in the bag all the votes he needs to be president in 2023—except that Obi is holding the bag.

Obi appears to have a lock on the votes in the Southeast, the South-South, and in such predominantly Christians states as Benue, Plateau, and even Taraba. Christians in southern Kaduna and Southern Kebbi seem more favorably disposed to him than they are to any other candidate. The major challenge of his popularity in the Southeast is that it may not translate to high voter turnout in light of the continuing violence and threats of violence by IPOB.

Muslims in the North-central and the Northwest appear to be the only noncommittal, persuadable voting bloc because they have no sentimental investment in any of the three major presidential candidates. They can swing in any direction.

Because Obi is making a mark, however imperceptible, in these regions where he was previously unknown, we should recognize that he is no longer the underdog that he once was. In order to avoid a repeat of Buhari, critical citizens should ask Obi hard, soul-searching questions because he could be president.

For example, why did he allow the Anambra State University branch of ASUU to go on strike for more than six months and even going so far as to sack the school’s vice chancellor “because of his alleged romance with the striking workers of the university,” according to the Daily Sun of January 19, 2011. How is he different from Buhari in this regard?

Why did he allow doctors in Anambra State to go on strike for 13 months, which led to many needless deaths? The doctors called off their strike without Obi meeting their demands. And he implemented the no-work-no-pay rule when Anambra civil servants went on strike to demand to be paid minimum wage.

While he was governor of Anambra, he played typical Nigerian politics of divide and rule. He played Catholics against Anglicans and even stigmatized political opponents as “Yoruba” people, according to Professor Okey Ndibe who wrote extensively on him.

“It is similarly appalling that a governor who reportedly has ambitions for higher political office could not restrain himself from disparaging Mr. Ngige as a Yoruba candidate,” Ndibe wrote in his April 18, 2011, column titled “Peter Obi, Akunyili and Political Folly.” “Even if we accepted the silly argument that the ACN was a Yoruba party – so what? Is the governor allergic to forging political alliances with the Yoruba? Is he not aware that such appeals to base, ethnic sentiments would return to haunt him if he ever seeks to be a political player at the national level?”

That was prophetic. This doesn’t make Obi any worse than his opponents. But because he could be president, we should interrogate him so we won’t be blindsided.