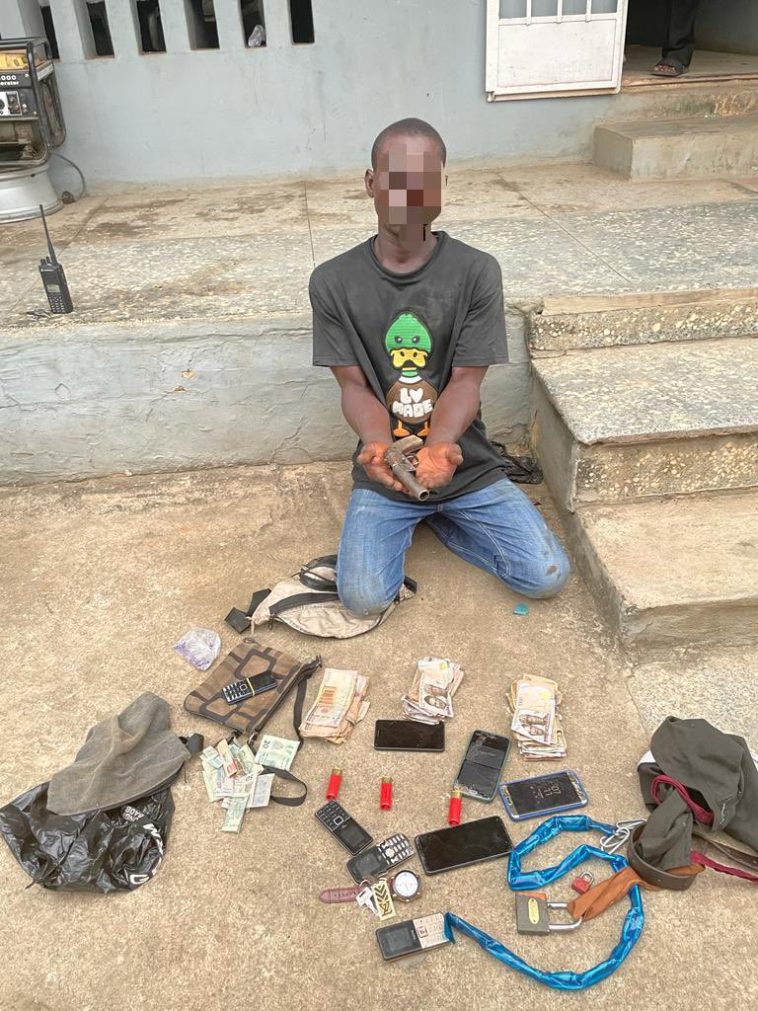 Luck ran out from a suspected robber who specializes in robbing pedestrian users in Lagos State as operatives of the Lagos State Police Command arrested Azeez Jimoh on December 15, 2022.

Azeez who uses motorcycles to rob pedestrian users were arrested at 11:50 pm on Thursday.

He was also found with a locally made pistol, three unexpanded cartridges, eight stolen phones, a wristwatch, a security chain, a padlock, and N93,200.