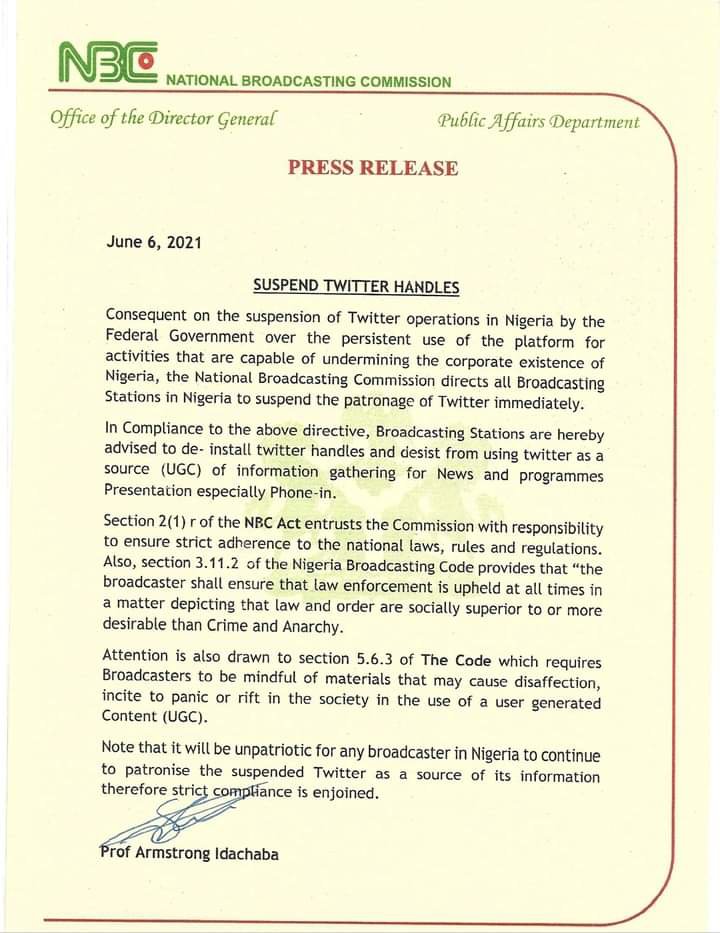 The National Broadcasting Commission has directed all TV and radio stations to desist from patronizing Twitter over its persistent use to undermine National interest.

A letter released by the Director-General of NBC, Prof. Armstrong Idachaba revealed that Twitter ban was not merely over the removal of President Muhammadu Buhari but an attack on Nigeria.

Speaking further, the letter advised all the TV stations to gather news elsewhere instead of Twitter and also reminded them of the code of conduct of the Commission.