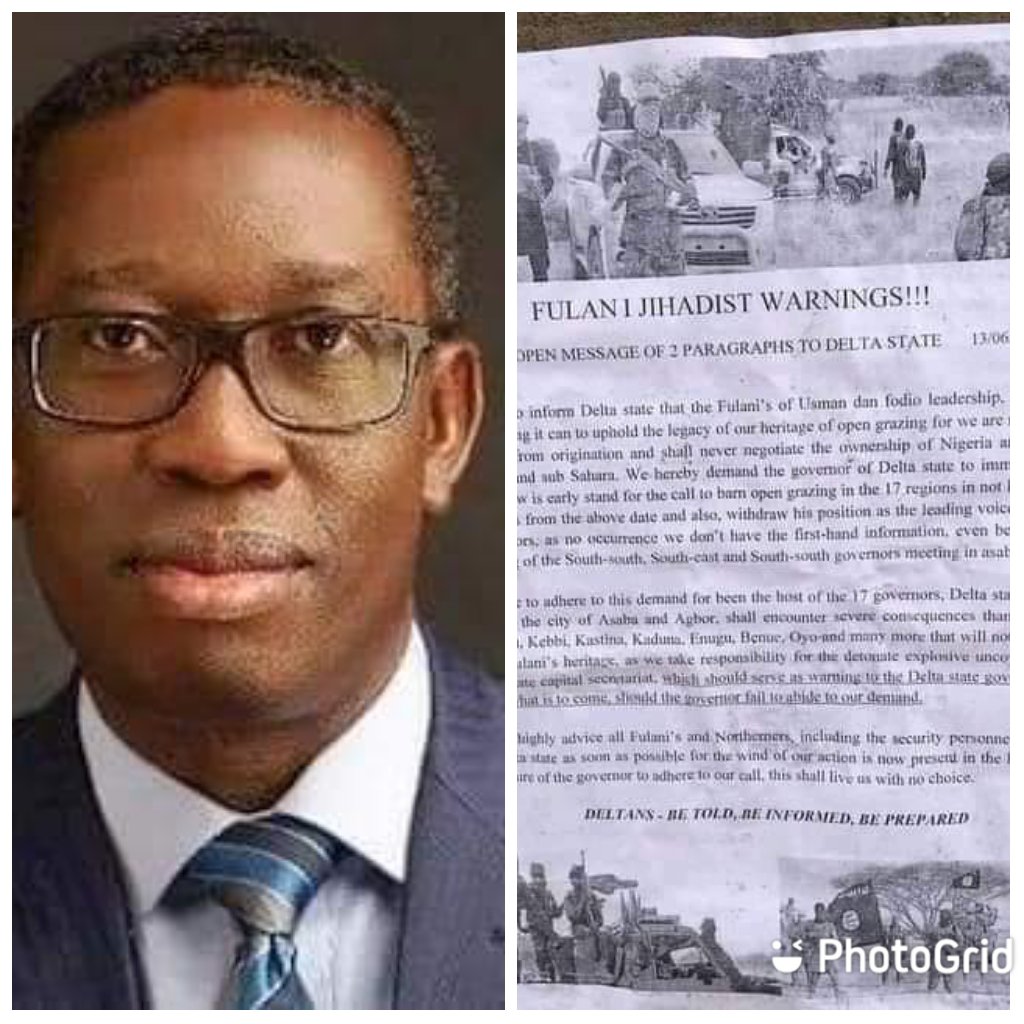 He said this in response to a notice which was allegedly given by Fulani Jihadist threatening to bomb Delta State if the Governor, Ifeanyi Okowa, does not reverse the ban on open grazing.

Southern Governors, had in a meeting in Asaba, the capital of Delta State on April 3rd, 2021, agreed the ban on open grazing in the region to curb insecurity and banditry.

Backed by the reluctance of the Presidency in addressing the affairs of herdsmen, the notice read that it will uphold the Usman Dan Fodio’s leadership of open grazing for they are nomadic people from origin.

FFK, in a post on Facebook reminded them of the evil done to the Niger Delta during the 1968 civil war and how the wealth of the Niger Delta has been the unifying thread in Nigeria and called for the withdrawal of the threat.

“To Governor Okowa of Delta state. We give you 72 hours to rescind the the banning of open grazing and if you fail to do so we will attack Asaba and Agbor”- Fulani Group.

I do not know who this group are and I doubt that they really represent the Fulani but permit me to share the following.

History and experience proves that the last person you threaten is someone from the Niger Delta. They are exceptionally violent when they are pushed to the wall and when they lose their cool and they have no sense of restraint when they fight.

I would advise you to withdraw your threat very quickly and apologise to the people of Delta state.

I say this because if you poke them in the eye they will cut off your head in return. Pls be advised and give peace a chance.

Let me add this.

In 1968, during our civil war, 1000 innocent and defenceless elderly men of over 60 years old and young boys of 14 years old and under, were lured into the town square of Asaba and massacred by Nigerian Federal troops for no just cause.

These were not soldiers or combatants but old men and young boys that had been left in the town because they were too old or too young to fight.

To make matters worse they actually welcomed and cheered on the Federal troops when they arrived together with thousands of other residents of Asaba.
Yet they were lined up and cut down like Sallah goats and Christmas turkeys and as they fell they kept screaming and shouting “WHY?”

This was a case of mindless cold-blooded mass murder, genocide and ethnic cleansing and General Gowon later apologised for it even though men like General IBM Haruna who was involved refused to do so.

Since then the people of Asaba have never retaliated and have been gracious enough to forgive Nigeria for this horrendous event.

Provoking them with violence and mass murder all over again over “open grazing” will only wake up a monster in them that you never knew existed.

Apart from that the South will not sit by idly and allow the people of Delta state or Asaba to be massacred all over again. This time we will stand by them and fight back.

Let us keep the peace. Let us behave like human beings. Let us treat each other with love and kindness. Please drop your threat.