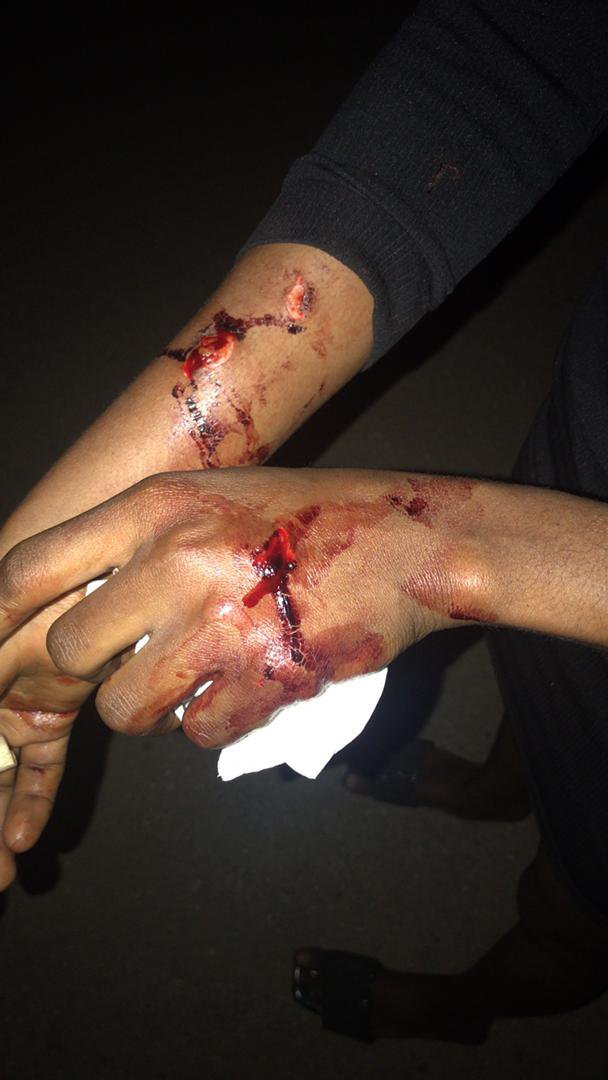 A young lady has been stabbed and robber by supposed passengers in a public bus from Lekki to Mainland, Lagos State on Tuesday.

According to the friend of the young lady, Gbenro on Twitter, he said the lady boarded the bus but unknown to her, they were robbers.

Things took a different turn when they reached Ikoyi towards Dolphin Estate, the robbers threatened to stab her if she doesn’t let go of all her belongings.

She screamed for help and was relieved when she sighted a police checkpoint but to her shock, the police did nothing to save her from the robbers despite her scream.

They robbed her of everything she had and fortunately, she was able to write down the bus plate number and went to the Police Station.

Read the shocking encounter below;

Yesterday, a friend boarded a public bus with a few passengers already in it (the small Korope) from Lekki down to the Mainland. On passing through Ikoyi towards Dolphin Estate, the passengers took out knife and threaten to stab her if she refused to let go of all her belongings. She screamed for help while they pass through a police check point along the Dolphin Estate road. They police did nothing. On releasing her bag, they stabbed her severally on the hand. Took her phones, money and Debit card. But they didn’t take her pen and paper. She was able to

write down the Number Plate of the small bus, AKD114YA.
She went to the nearest police station, they said they’ve closed at few minutes pass 6pm, went to another, the police were questioning why she’ll be using 2 phones.
She lost her phones luckily she was able to block her bank

Account ASAP. She’s a Nurse looking for how to make ends meet for crying out loud.
Lagos not safe. Nigeria is safe. Everywhere not safe.