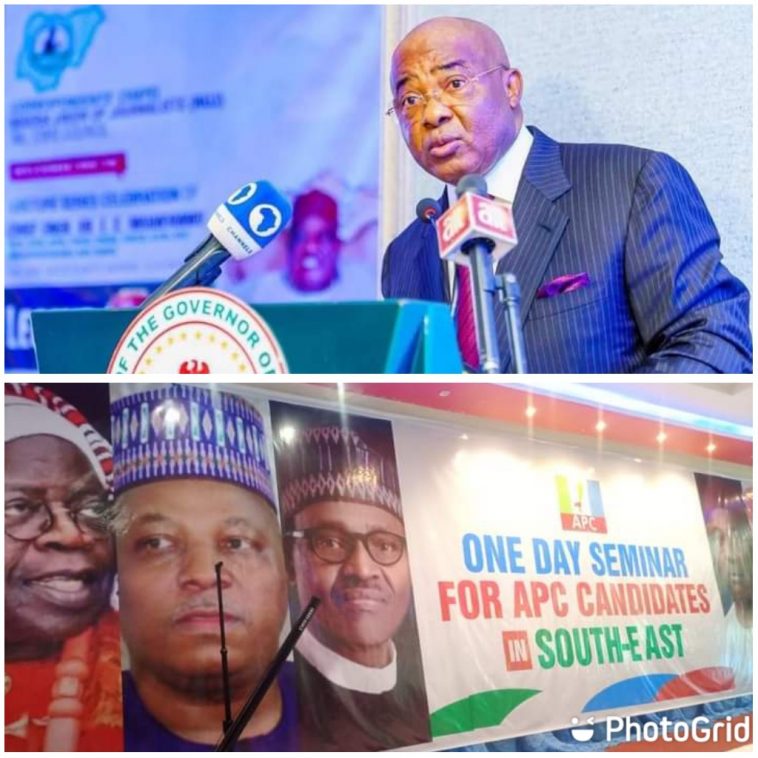 Imo State Governor, Senator Hope Uzodimma has challenged presidential and governorship candidates of other political parties in the forthcoming 2023 general elections to a national debate on their antecedents and manifesto.

Uzodimma threw this challenge in his address during a seminar organized for All Progressives Congress (APC) candidates in the South East, held Thursday at Rockview Hotel, Owerri, the Imo State capital.

He urged the candidates to take their destinies into their hands, promising that leadership of the party in the zone will support them and proposed a unified campaign, whereby candidates at all levels will work passionately for the victory of their colleagues across the board.

“If you are a House of Assembly candidate and win your election, and the House of Representatives candidate in your area did not win, I will go to the tribunal and cancel your own victory. It is a total victory for APC candidates or no victory at all for any single candidate”.

In her speech House of Representatives member for Abia state constituency, Hon. Nkeiru Onyejiocha urged APC candidates in the South East and their supporters to do everything in their power and within the ambit of the law to win their election, which he said will make South East relevant in the central government.

She posited that any state where the APC did not win will not get a ministerial position and cautioned all within the party who may be saying they will not work for Tinubu, based on any sentiment, arguing that Tinubu is from the South and must be supported by all Southerners.