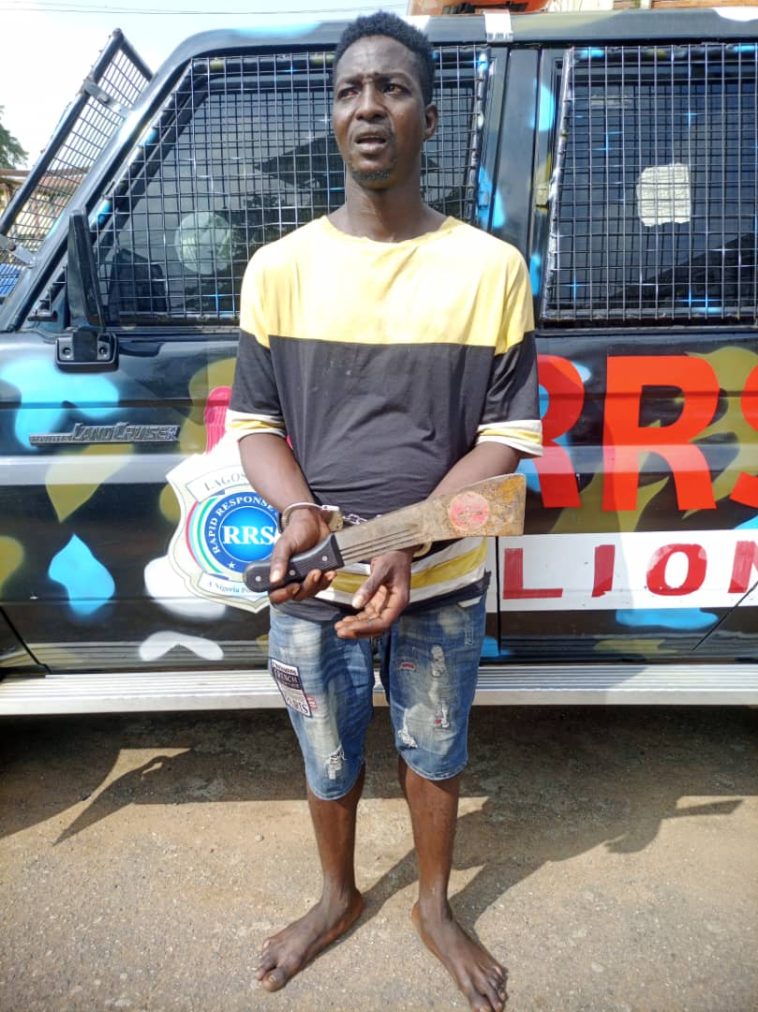 A young man identified as Wasiu Ajepe has been arrested by the Operatives of the Lagos State Police Command for allegedly robbing a driver and motor boy.

According to the Police Publuc Relations Officer, Benjamin Hundeyin, the driver and motor boy were robbed of a broken down premium motor spirit (pms) tanker after Ojota Bridge, Ketu inward Berger, Lagos State at about 2345hrs of November 7, 2022.

Ajepe, a resident of Taiwo Street, off China Town, Ogudu Lagos State, was alleged to be the leader of a clique operating around China Town, MKO Garden, Ojota Bridge, and Motorways at night and dawn.