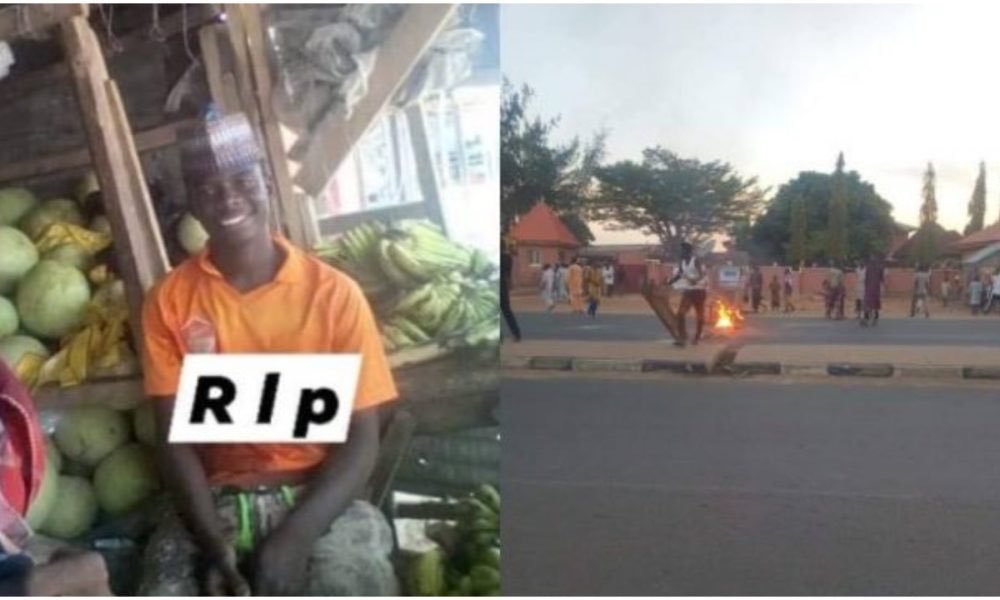 The witness said this at the venue of the funeral prayers of the deceased. He explained that the soldiers were drunk and bought a piece of watermelon from the vendor but refused to pay.

When the vendor insisted on getting his wages, they started arguing and the soldier allegedly rushed to a nearby hotel and started shooting sporadically and unfortunately, killed the vendor.

“As the argument between the soldier and the deceased continued, the soldier allegedly rushed to a nearby hotel, picked his gun and asked his colleague to follow him to the scene.”

In defence, the Brigadier General of Army Public Relations, Mohammed Yerima condoled with the family of the deceased while assuring that the ‘alleged perpetrator once identified will be subjected to a thorough investigation and if found wanting, will be made to face the full wrath of the law.’

RE: SOLDIER KILL TRADER FOR DEMANDING PAYMENT FOR GOODS HE BOUGHT

The attention of the Nigerian Army (NA) has been drawn to a news report by an online media, News Express of 10 May 2021 credited to TVC News, alleging that a water melon seller was shot dead while demanding his pay from a military personnel who bought water melon from him and refused to pay. It was also alleged that Some angry youths in the area reacted and chased the soldier into a hotel along Gusau – Sokoto Road. Also stated in the report was that angry the youths blocked Gusau – Sokoto Road bye pass and set an army operational vehicle ablaze.

The NA wishes to state that the sad incident is quite regrettable and condole with the family of the deceased. It is worthy of note that the General Officer Commanding 8 Division Major General Usman Yusuf has since commissioned an investigation to unravel the circumstances that led to the altercations which eventually claimed one life as efforts are ongoing to arrest the the yet to be identified perpetrator. Additionally, it is important to state that no military operational vehicle was set ablaze as claimed in the report.

The NA remains professional and will never condone any act of misconduct by troops against the very people they are deployed to protect. The Army wish to state clearly that, the alleged perpetrator once identified will be subjected to a thorough investigation and if found wanting, will be made to face the full wrath of the law in accordance with extant provisions.

Furthermore, the NA wish to assure the good people of Zamfara state that normalcy has been restored in the general area and the Army remains committed in the discharge of its constitutional responsibilities. The Army is also working to put in place measures to ensure that such incident never occur never occur again.