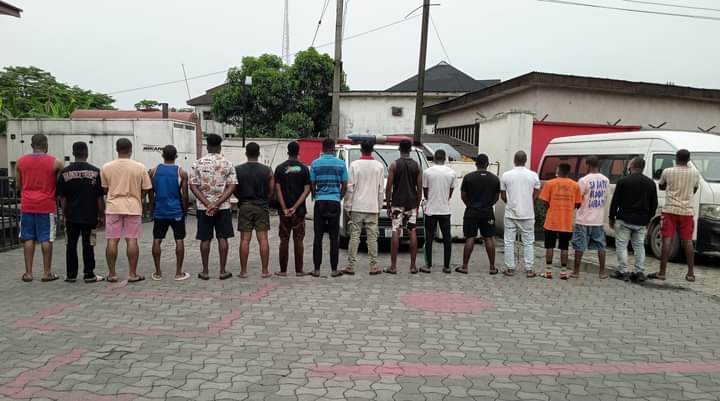 Operatives of the EFCC, Port Harcourt Zonal Office on Friday, March 25, 2022 arrested twenty-nine (29) suspected internet fraudsters, at several hideouts in Nekede Road and Owerri Axis of Imo State but incriminating items were found on seventeen of them.

They were arrested based on verified intelligence reports linking them with alleged fraudulent activities ranging from love scam on numerous dating sites, impersonation, and possession of fraudulent documents, picker and bitcoin scam.