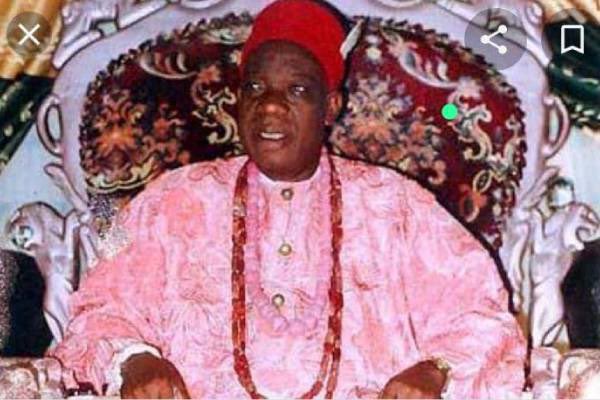 A traditional ruler of Obudi-Agwa community in Oguta Local Government Area of Imo State, Eze Ignatius Asor has been shot down by unknown gunmen on Monday.

Eze Asor was killed alongside two of his chiefs yet to be identified while having a meeting at his palace.

It was gathered that the gunmen fled in motorbikes and vehicles after hitting their targets.

Confirming the incident, the State Police Public Relations Officer Michael Abattam says the police are on the trails of the hoodlums.

“Yes, it’s true that the police are already investigating the matter, we have clues already and we are on their trail.”